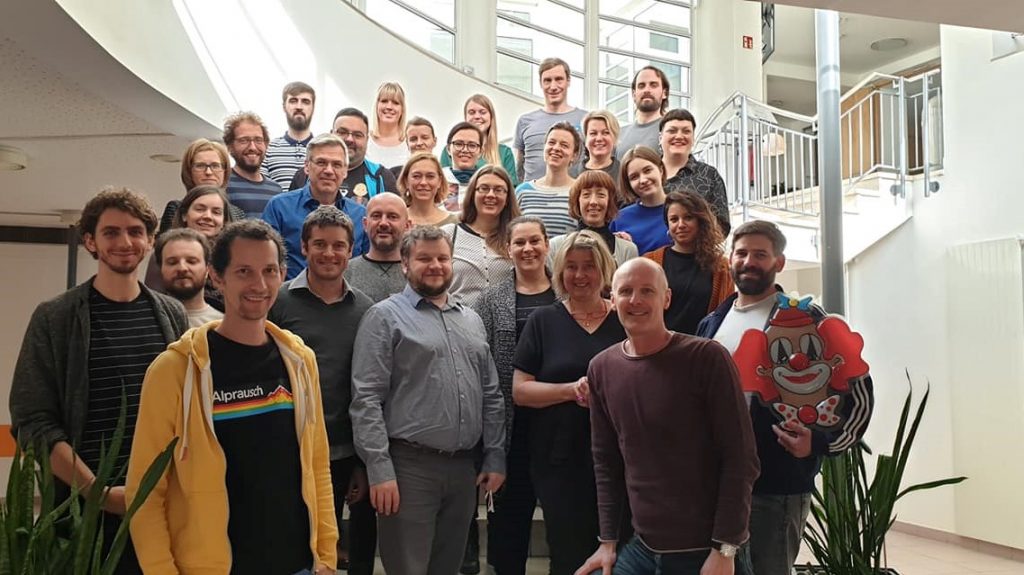 Back in 2019, the first round of the modular training ‘Lobbying for Youth Work’ took place in Germany, Austria and Latvia (online). The second edition is now in the pipeline. This training is an invitation to expand the skills and competencies of local youth workers, so that they can reach out to all the stakeholders who are an integral component to their work, results and local impact. Mr. Geert Boutsen, coach of the Flemish participants in the training, shared with us the details of the training, what was accomplished, and what is the way forward.

Q: Please introduce yourself and tell us what was your role within the modular training ‘Lobbying for Youth Work’?

A: My name is Geert Boutsen, I am a teacher and a social worker at the University of Leuven, in Flanders, Belgium, teaching students to become social workers in the sector of youth work. I am also conducting research on youth work topics, and I am a trainer of professional youth workers all over Flanders. My background involves being a youth officer at a municipality of Maasmechelen, so I know the context very well, which was a big advantage for me working as the facilitator in the training series ‘Lobbying for Youth Work’ that took place in 2019.

Q: Could you describe the idea behind the training ‘Lobbying for Youth Work’?

A: The training was initially held in Germany, for professional and voluntary youth workers, and then it grew into a European project, as the importance of gaining skills to lobby for youth work was recognized. The participants were convinced that the youth workers do not only work with youngsters, but they must work on their lobby skills as they regularly need to meet and approach politicians, who are in charge of the local policy.

Local youth workers try to understand the specific context of the local youth policy, to be able to influence it and that is why it is important to equip them with the skills needed for lobbying for youth. So that is the focus of the training and its aims – to build capacities of youth workers to advocate for youth work and influence the local youth policies. The National Agency of Germany then decided to search for other European partners to spread this training and extend its impact and this is how other four joined in – Switzerland, Belgium, Austria, and Latvia, and each contributed with four or five participants.

As for the content of this training – there were three modules in it. The first module was in Bonn, Germany, second one in Vienna and third one, although planned in Latvia, had to take place online due to COVID-19 pandemic.

The first module focused on the political aspects of youth work – the aim was to establish the starting point with the participants that lobbying for youth work is an important idea. Out of that perspective, the participants would do their own SWOT analysis of their own practice and then they had to choose a particular aspect of their practice they want to work on – to improve it over the next 2 years.

The second module’s focus was the network. The participants were asked to complete a SWOT analysis of their network, people, organizations that are key importance for their project’s goal. To clarify who is who and what is the relationship with them. After this, the participants were creating an action plan with their own goals and the parts and elements of the network they want to improve.
The third module’s focus was political communication – how to communicate with all the stakeholders who are important to the project’s goals. 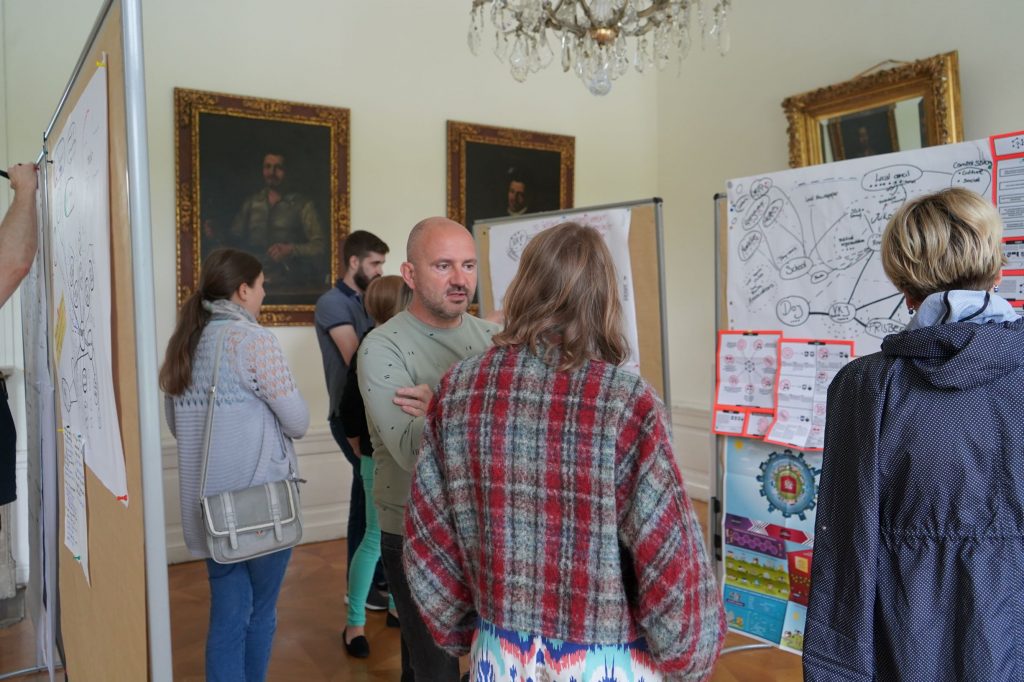 Q: Which municipalities from Flanders participated in the training?

A: Five Flemish municipal youth officers dived into the project with much eagerness to learn and share and are committed to the project to this day. Each of them started from a clear need to support young people and youth work policy within their municipalities.

Evy Huybrechts who worked in a youth service in a municipality of Keerbergen, wanted her local council to hire an extra team member that works full time for team youth in order to have all resources in places to lead the way to a child friendly municipality. For Karen Claes who was changing a position within the municipal administration of the city of Mechelen, it was important to ensure that her ‘heritage’ and long-lasting expertise in child-friendliness was taken over and embedded within the youth service department. Laura Van de Vyver from Sint-Niklaas set a goal that  there is a child-friendly orientation in each of the policy domains of the city, supported by a network of ‘Friends of the youth’. Leen Van Bockstal’s ambition was to install a thorough youth participation approach for vulnerable youngsters in the local youth policy in the city of Leuven. Bruno Smet’s municipality Evergem is part of a regional network of municipalities. He wanted to secure the financial future of the regional youth service and the continuation of its child-friendly label.

During the project all of the participants worked hard and were supported by all the insights they got during the different modules and by their peers. It is important to mention that, with this modular training, each was able to accomplish tangible results and sustainable changes within their municipality. 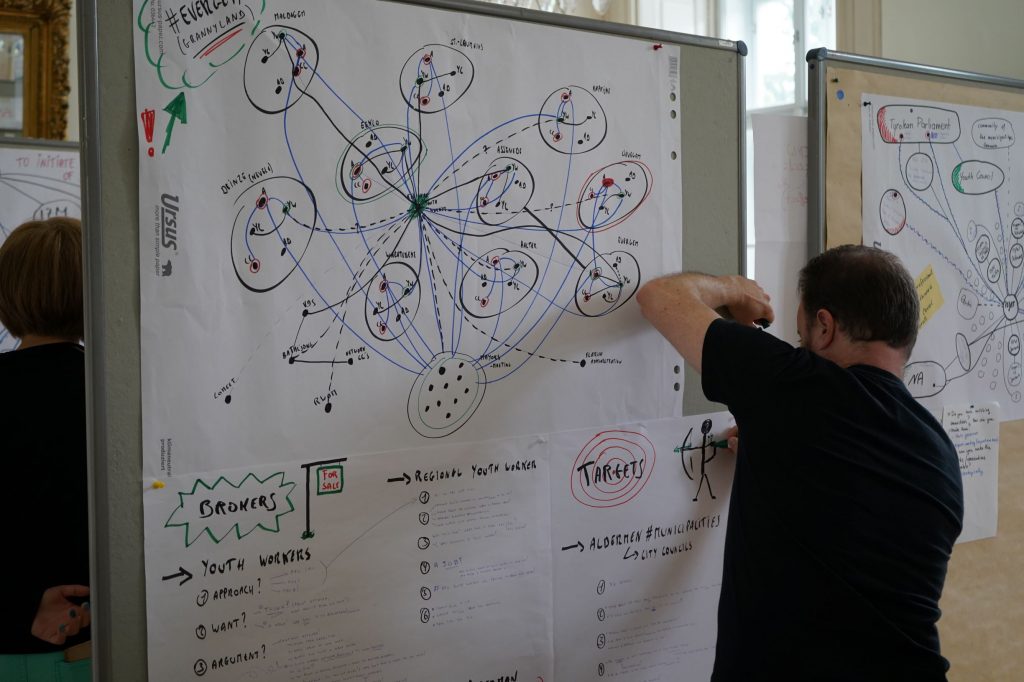 Q: What activities did participants carry out in between the modules?

The participants worked individually on their project but also as a group. The group met in between each module to prepare together their homework and share the positive developments, and also obstacles within their own projects. Through this intensive peer support they became each other’s soundboard, fierce supporters and friends. In between modules, we had several meetings on the local level. I helped the participants work on their individual projects, overviewing the progress, supporting them to move towards the outcomes of their project’s goals. They also had a lot of peer learning from these sessions. At some point we brought in an expert from Flanders on lobby work to help even further.

The other task for in-between the modules was to think about the dissemination of the project and the outcomes – to bring the knowledge and experience into the Flemish context. This strong focus on a supportive national process also helped to communicate the outcomes of Lobbying for Youth Work to a wider audience of municipal youth officers and local youth workers. Bataljong, the Flemish umbrella organisation supporting youth officers, youth politicians and youth councils at local level, closely followed this project. They provided us with a platform to present the project and the power of lobbying in various events within their network. We also contributed to their Spring 2021 magazine with an extensive article on the learning outcomes and lobbying essentials. This was a perfect way to raise awareness that also in the youth sector lobbying is needed.

Q: Why is it necessary to learn how to lobby for youth work in Flanders?

It is clear that lobbying for strong and qualitative youth work at municipal level is essential throughout Europe and also in Flanders. Up to 2016, each Flemish municipality developed a sectoral youth policy plan with its own aims, objectives and actions and assigned budget. Since 2016, as part of a political choice to give more autonomy directly to municipalities to develop an integrated and more ‘generic’ municipal policy, there is no longer a stand-alone youth policy. So there is a risk that this makes municipalities invest less in youth policy and take less of the voice and needs of children and young people into account throughout different policy domains. On top of that, as in many European countries, the current Minister of Youth is the second in row who has to deal with budget cuts in his domain. Reasons enough to have local youth officers and youth workers ready to lobby for youth work and to engage in and influence youth policy development and implementation. 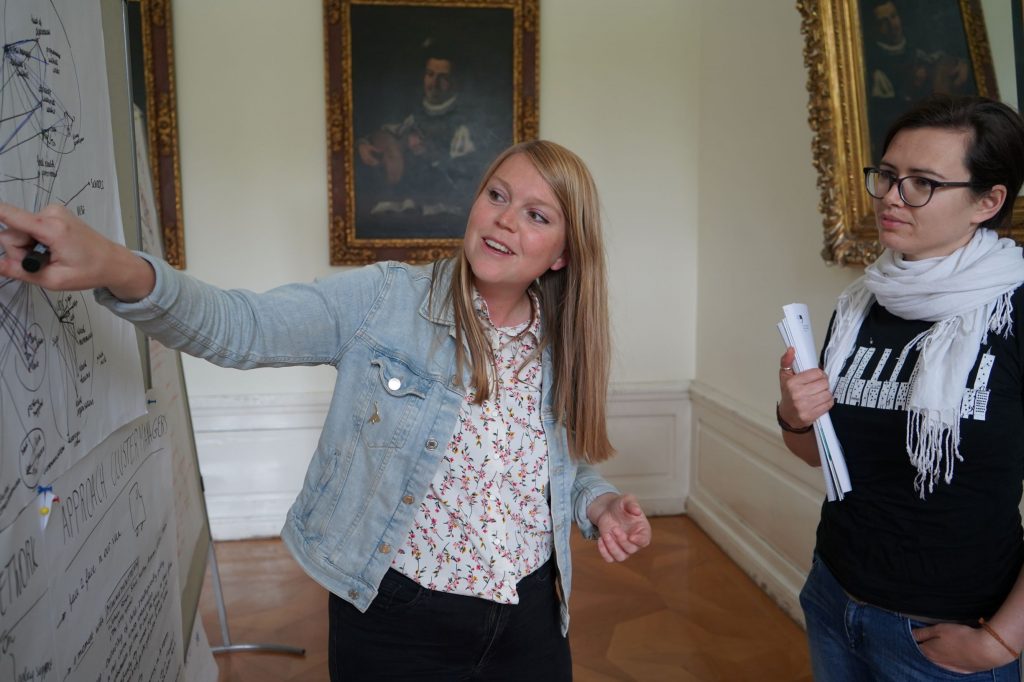 Q: Why is it important and beneficial for municipalities to have a Coach on this topic?

A: One of the outcomes of the training is that the youth workers become more of a networking person. The coach role was very important in this training, as the coach gets the process started and keeps monitoring and supporting the participants. We provide them support over a longer period, they all work on their individual projects, each training module is 4-5 months apart, so the bridge between the modules is the coaching role. I worked with them individually and as a group. The coach needs to have a lot of experience in the youth work, and they bring extra input which was inspiring for the participants. They became very dedicated to their projects and the results were successful.

Q: What are the next steps for this training?

A: Based on the feedback of the participants - ‘Lobbying for youth work’ training is truly a game changer. Bringing youth work professionals together in a long-term trajectory has a clear added value of developing together and learning within an international context. The international modules created space to learn, away from the daily routine, with full focus on developing each own ambition, step-by-step. So, after the first international training ended, we decided with the first five host countries – NAs, to hold another one, so there will be a second round of the Lobbying for youth Work modular training . Croatia and France will join in the second edition. So, it will be a total of seven participating countries, and JINT, the Flemish National Agency, will take the lead in the second edition. Professor Werner Lindner will be involved again. A parallel program will be done in Flanders – on a local level, about 20 Flemish youth officers with the same aims and objectives, to work on their local aims. Cross and peer learning will also be a method. The first edition of Lobbying for Youth Work convinced us completely that we will again find the right participants for the next international edition of Lobbying for Youth Work starting in Autumn 2021. It will be an extremely valuable learning journey for all of us.